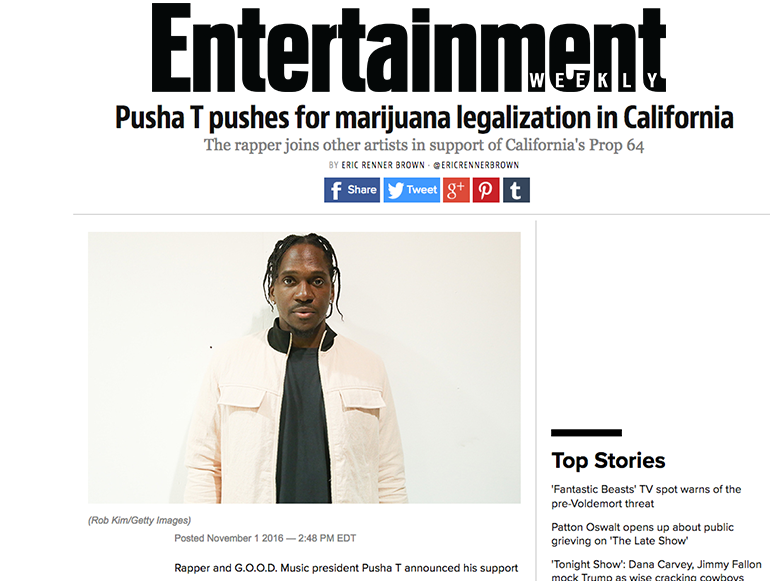 Rapper and G.O.O.D. Music president Pusha T announced his support for the passage of California’s Prop 64 on Tuesday. The measure, which Californians will vote on next Tuesday, would legalize marijuana and control, regulate, and tax the use of the substance among adults.

“If California’s Prop 64 passes, no one will ever be incarcerated for marijuana again,” the 39-year-old musician said in a brief video detailing his position. “Marijuana arrests are the engine that’s driving the war on drugs.” Pusha T continued: “I’m not a California voter, but I know when good legislation passes in the biggest state, other states follow. What’s most important to me is keeping people who are coming home, home. If ending prohibition on marijuana reduces recidivism, then let’s do it.”

Pusha T joins numerous other artists — Jay Z, Sting, Common, Olivia Wilde, and Sarah Silverman among them — who have come out in favor of Prop 64 as a part of Artists For 64. Officially named the Adult Use of Marijuana Act, the measure follows successful legalization initiatives in Colorado, Oregon, Washington, Alaska, and Washington, D.C. A previous ballot measure proposing marijuana legalization in California failed in 2010.